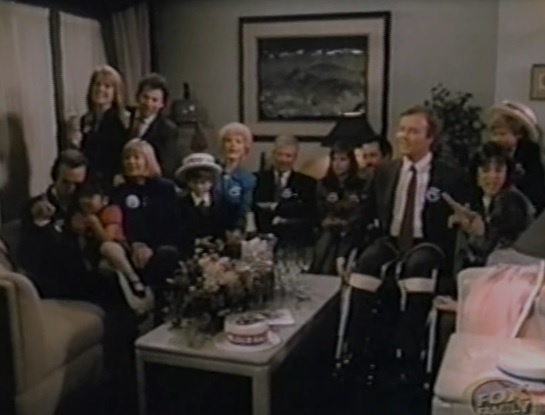 Hello again friends and readers.  Thank you for joining me today to review “A Hat In The Ring”.  This fourth installment of The Bradys saw Mike Brady running for a seat on the city council.  He recruits his son and son-in-law to assist with the campaign.  It was another less than interesting story starring our beloved Brady family.  This episode did introduce the laugh track to try to suggest the story and jokes were entertaining.  It was just odd for me. By the fourth episode, I was hoping the show might have hit some kind of groove that made it flow better and more entertaining.  It hadn’t.  Please share your own thoughts and opinions on all things The Bradys.  Let us begin reviewing “A Hat In The Ring”! 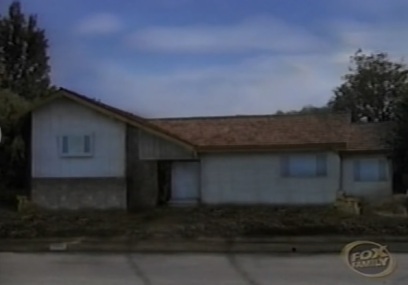 The establishing shot of the house is not the house at all.  A model has been constructed as a stand-in to the Brady home of old.  While it is a nicely done model, it is obviously just that.  The model omitted the entire right wing that was part of the original.  Did whoever built it go from memory alone?  The Bradys also have some fast growing shrubs and trees around their house! While I will share again, this is a fine model, it looks like it belongs in an old Godzilla movie, not on The Bradys. 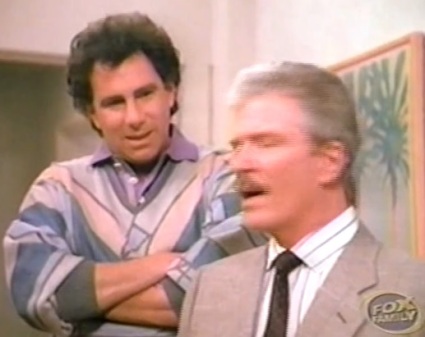 The episode kicks off with Mike entering the council political race and Wally losing his latest job.  He walloped his boss on the links and then mishandled the golf cart sending his employer into a pond.  When Wally shares his boss fired him, Carol jokes that he is lucky that is all his boss did.  I know there are some souls out there who can make such light of losing a job, but should I ever suffer such a misfortune, I hope no family member is cracking jokes.  I might be a touch more lighthearted knowing that my in-laws were footing all the bills and providing housing as Mike and Carol are here.   Fortunately, Mike soon employs Wally to work on his campaign and “sell Mike Brady” to the voters. 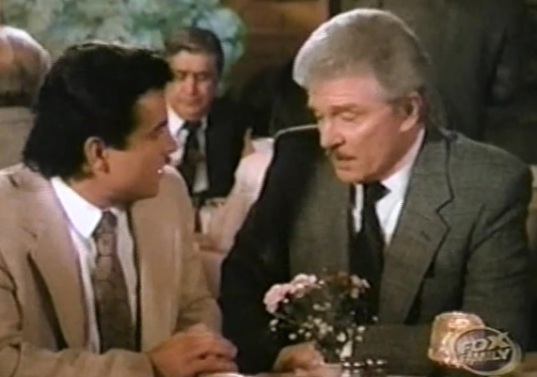 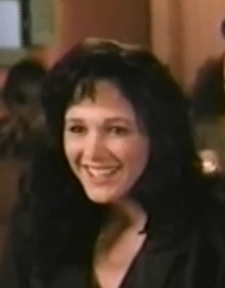 Mike also employs Peter to work on his campaign. He asks him to do this while having lunch at a restaurant.  Peter has brought along his new girlfriend Teri.  It turns out the girlfriend is the daughter of the incumbent candidate in the upcoming election!  Man, can plot devices get any more lame than this?  How many people live in the greater Los Angeles area?  Peter just happens to be starting a new romance with the daughter of his father’s political opponent?  Teri ends the romance upon learning of the political contest and will even accuse Peter of dating her just to gain intel from her father’s camp.  Teri was played by a very attractive actress named Charlie Spradling.  Her IMDB resume lists nothing notable.  Her last acting credit was in 2002.  The biography on the site says she went into publishing after leaving acting. 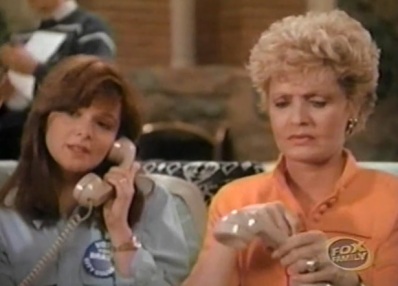 Mike gives a very snooze worthy election speech.  No effort is made to to jazz it up via a rubber chicken dangling on a string or water and feathers falling from above.  It’s just boring and has to stay that way.  A bank of phones is installed in the Brady house so calls can be made to pitch Mike to area residents.  In a slightly humorous bit, all the calls end with the person on the other end of the line hanging up.

Peter visits Bobby and is served an exotic dish called jambalaya.  I will confess that I had never eaten nor heard of this delicacy prior to 1996.  The Air Force chow hall served it in Biloxi, MS and I had it there for the first time.  I have loved it ever since.   Bobby is unhappy that he was not asked to help with the campaign.  He even compares himself to Franklin Delano Roosevelt who was also wheelchair bound. 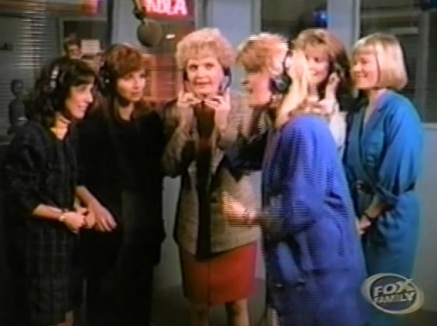 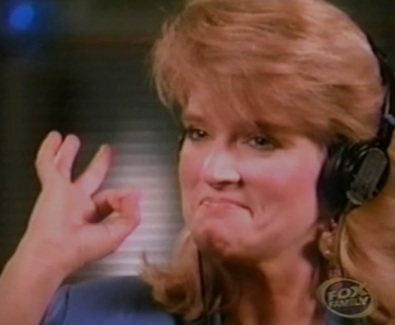 Again Cindy’s story is the most uninteresting.  The studio at the radio station she is employed as it is used to record a jingle for Mike’s campaign.  Jan’s voice is found to be cracking under the stress of being a new parent.  This is just worked into the jingle to give it a new and unique sound!  No friends, this does not happen.  My imagination is simply trying to make this show more interesting. 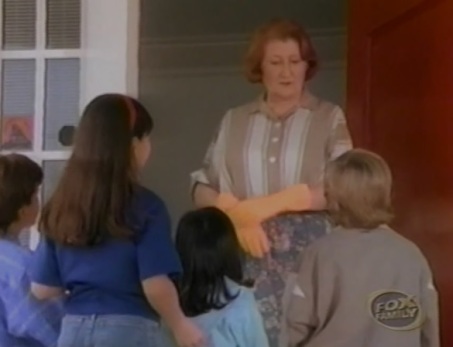 We see the children of the Bradys out on a recycling drive that also distributes flyers for their grandfather’s campaign.  One of the homes visited is that of Mrs. Hunsaker.  The episode never calls her by this name, but viewers of the original series will remember the actress as the one who played the prospective buyer of the home in “To Move Or Not To Move”.    The IMDB page for her and for this episode do not credit her appearance on The Bradys. 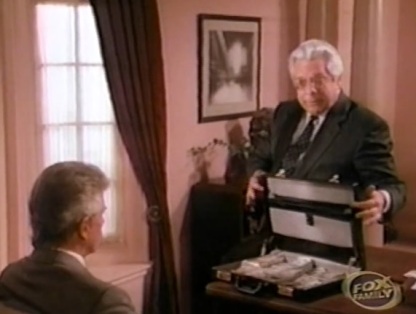 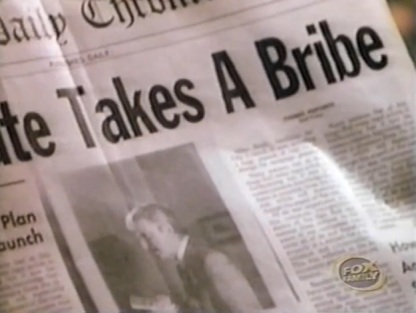 Some semi-cartoonish antics are attempted in the episode.  Some staffers of Mike’s political opponent attempt to bribe Mike Brady.  Mike will have none of this.  He rises to his feet and shakes the wad of bills at the briber and tells him what a scallywag he is.  Mike’s handling of the bills plays well into the no-gooders scheme as they photograph it from outside.  Mike receives a phony newspaper with a headline about him taking a bribe along with the accompanying photo of him holding the bills.  The correspondence accompanying the phony paper says if Mike doesn’t drop out of the race, that will be a genuine headline!  Any reasonable aspiring politician would probably just phone the newspaper himself/herself and make this silly extortion attempt a headline to his/her own benefit.  Instead, Mike calls his opponent, Gene Dickinson, seeking answers.  Gene is none too happy of the actions of his rogue staffers and offers a debate with Mike as consolation.  Had this trickery plot not been resolved with just a phone call it might have made for a tad more interesting episode.  Yes, the story is on the silly side, but it allows for some potentially interesting creative writing.

Gene Dickinson was played by Herb Edelman.  While he enjoyed a career in Hollywood that spanned three decades, he is most recognized as Dorothy’s ex-husband, Stan Zbornak, on The Golden Girls.  However, he also had lead roles on Big John, Little John and The Good Guys.  His final acting credit was in 1995.  Herb Edelman died in 1996.

Cindy’s morning radio show hosts the political debate between Mike and Gene.  It is one of the friendliest political debates one could ever expect to experience.  It took me back to a Vice Presidential debate between Dick Cheney and Joseph Lieberman that ended with Cheney calling it a “love fest”.  Speaking of love, Cindy’s boss lets Carol know he likes her daughter in many ways. 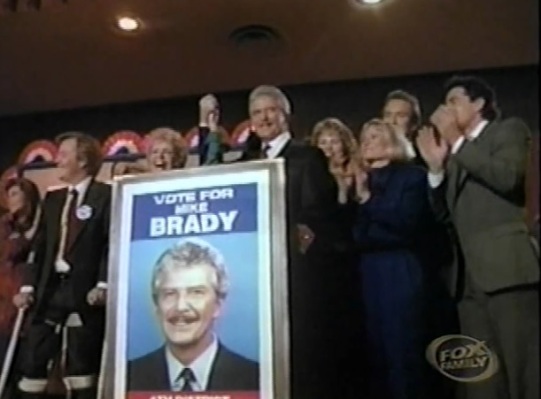 The episode continues to plod through the election with Mike Brady the victor.  Or is he?  Just as he is delivering his victory speech, there are whispers among the crowd and bad news is soon shared.  Mike no longer lives in the district he was just elected to! Apparently, when the Brady house was moved 11 blocks due to a freeway expansion it was moved out of the district.  So, Mike is not the new councilman, or is he?  Gene takes the stage and announces a measure he pushed that allowed for some residency leniency went into effect that very day.  Mike IS the new councilman.  Did the writers of the show realize after the fact that they needed some extra dialogue to meet the time requirement?

A fun goof that has been noted before is that when announced the victor, Mike is announced as Michael Thomas Brady, when the original series gave the character’s full name as Michael Paul Brady.

Thanks again for reviewing another episode of The Bradys with me.  I thought reviewing The Brady Brides was rough, but The Bradys episodes have not been easy either.  The Bradys are longer in run time and just dull.  I tried think of similar shows from the past that were of the same ilk as the Bradys that I also enjoyed.  7th Heaven was an hour long drama with some laughs included here and there that I enjoyed.  Other hit shows employing the format included the likes of Eight Is Enough, Life Goes On and Thirtysomething.    So, if The Bradys had better scripts, the show may not have been the flop it was.  Please share your own thoughts! 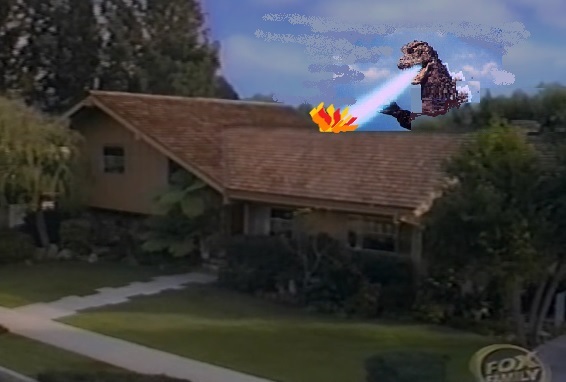